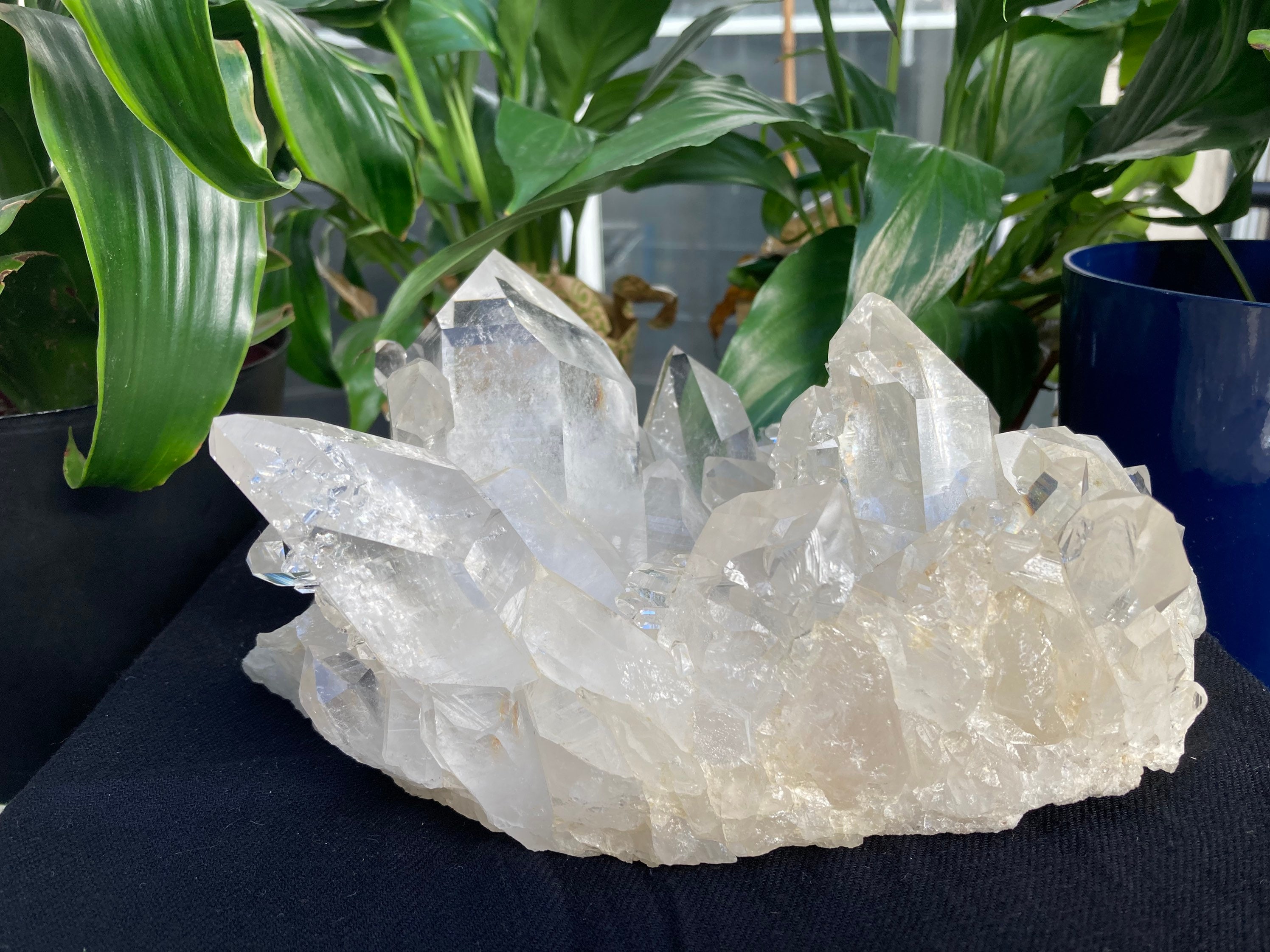 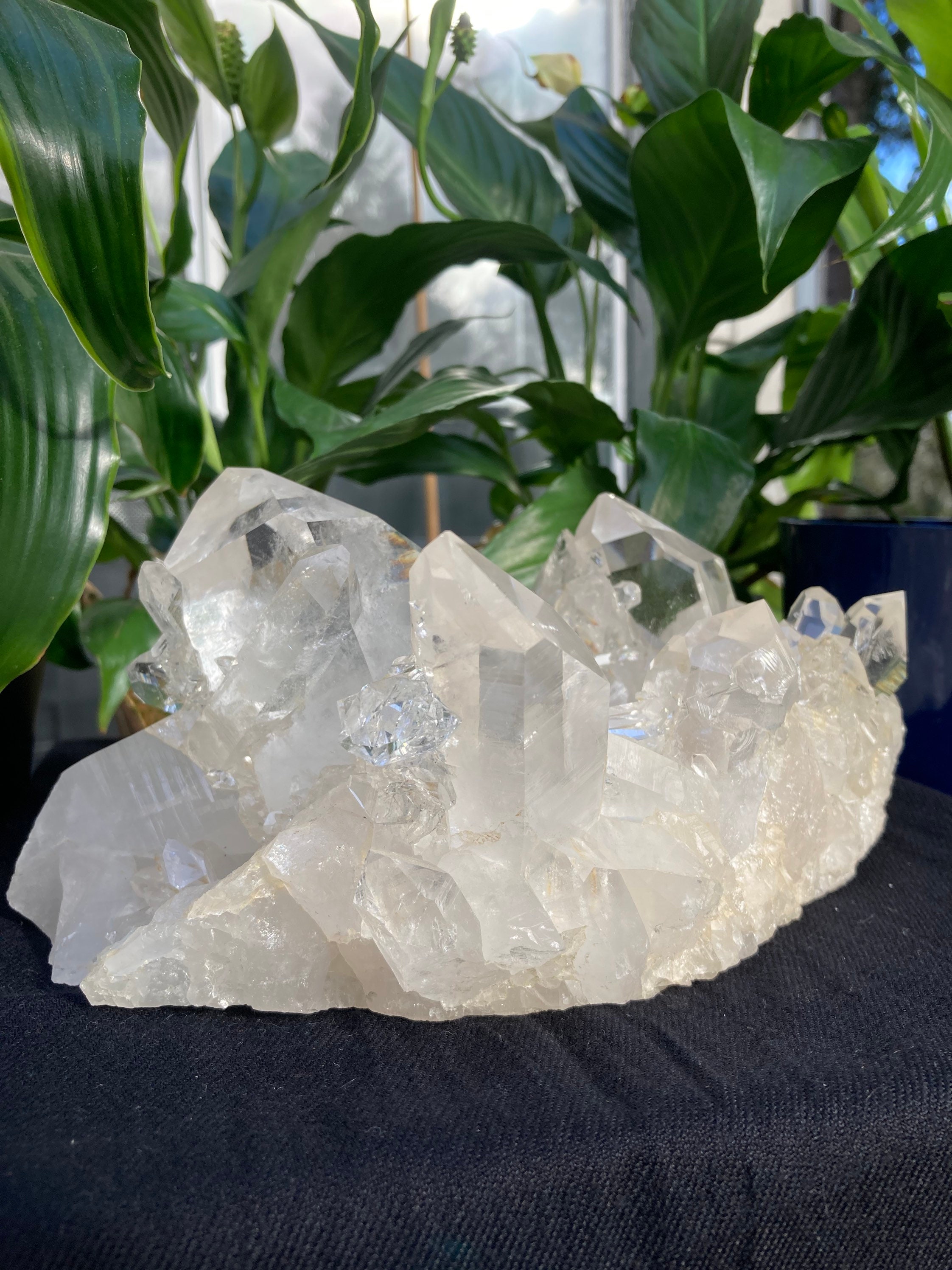 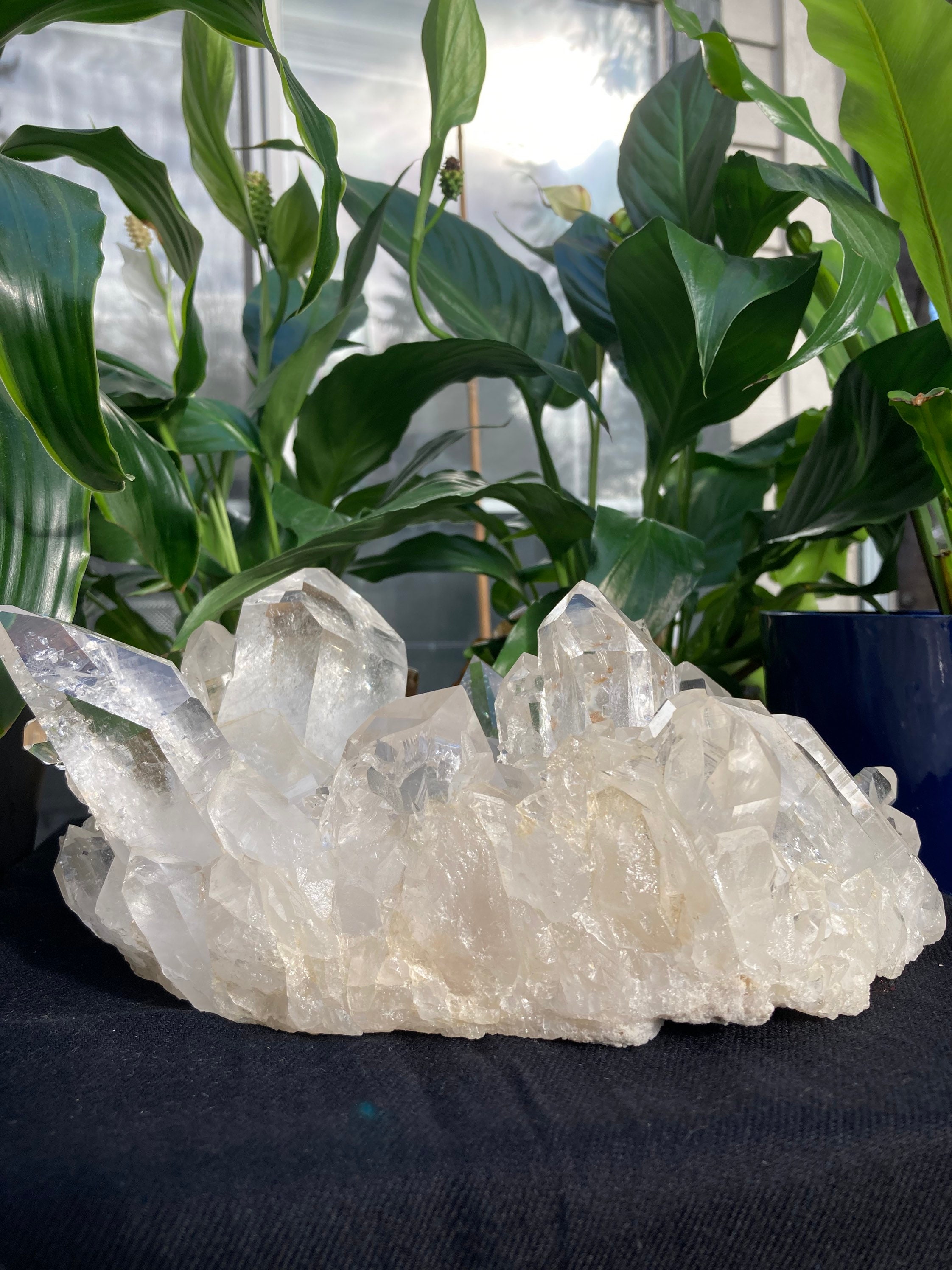 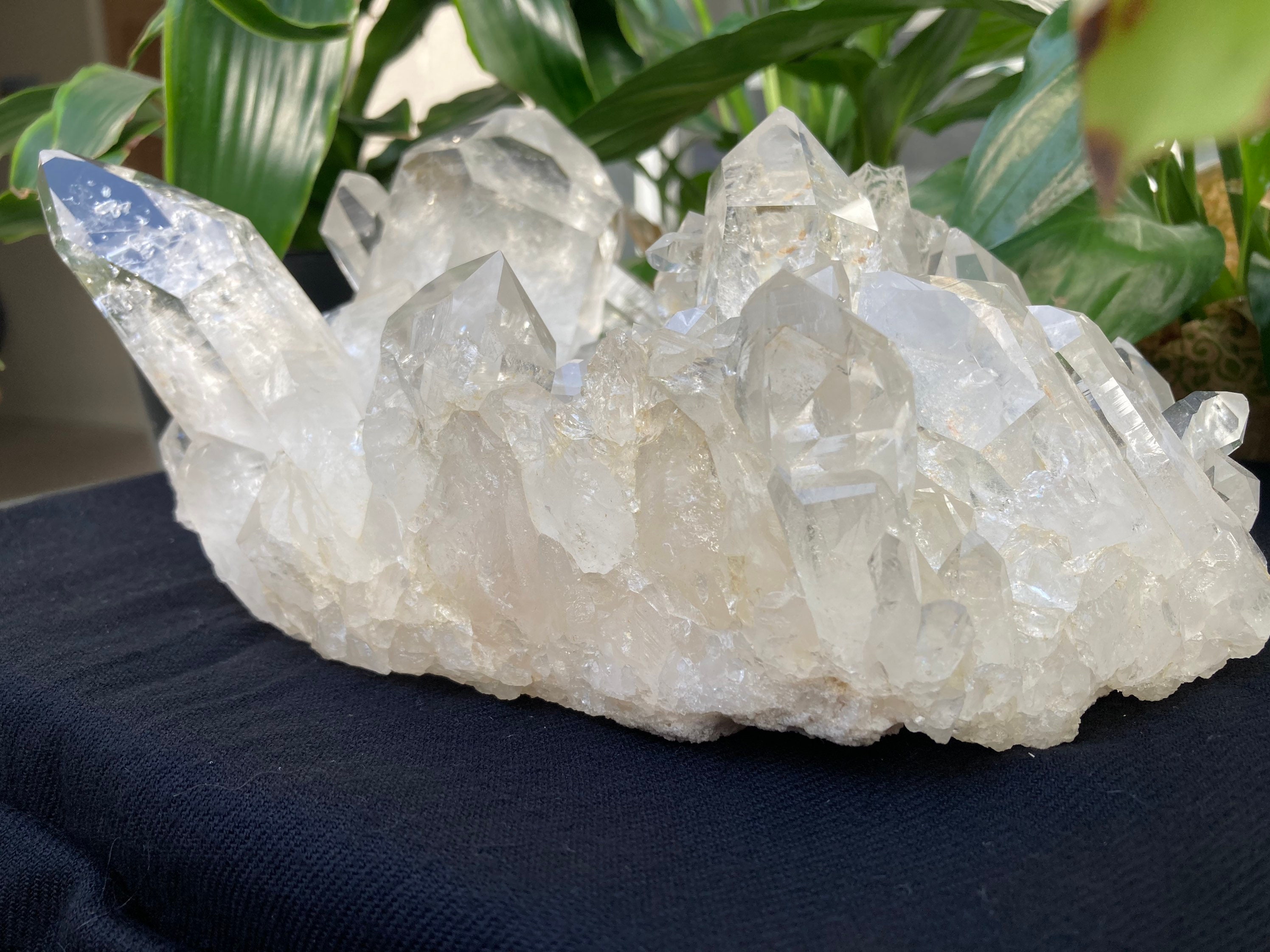 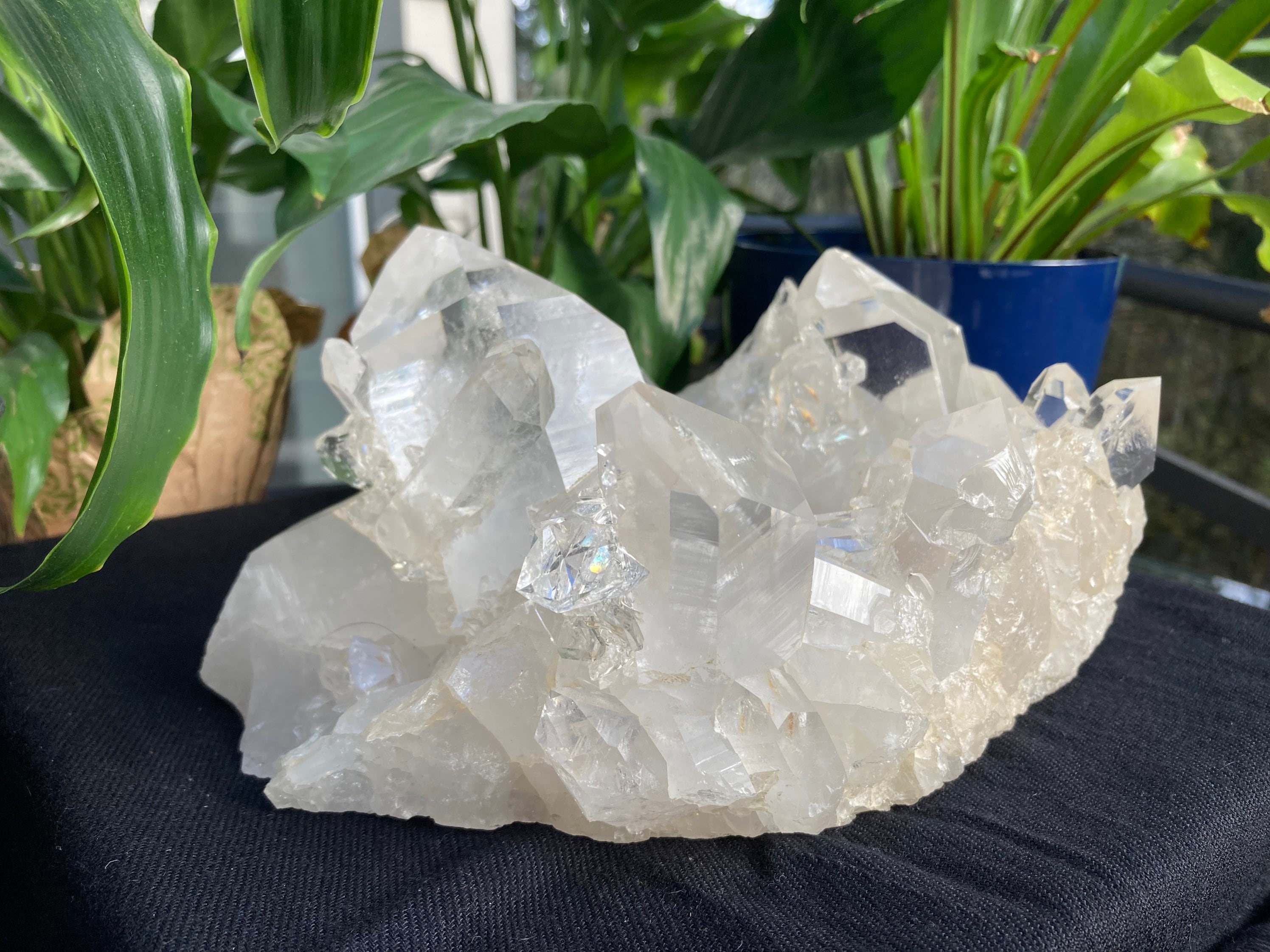 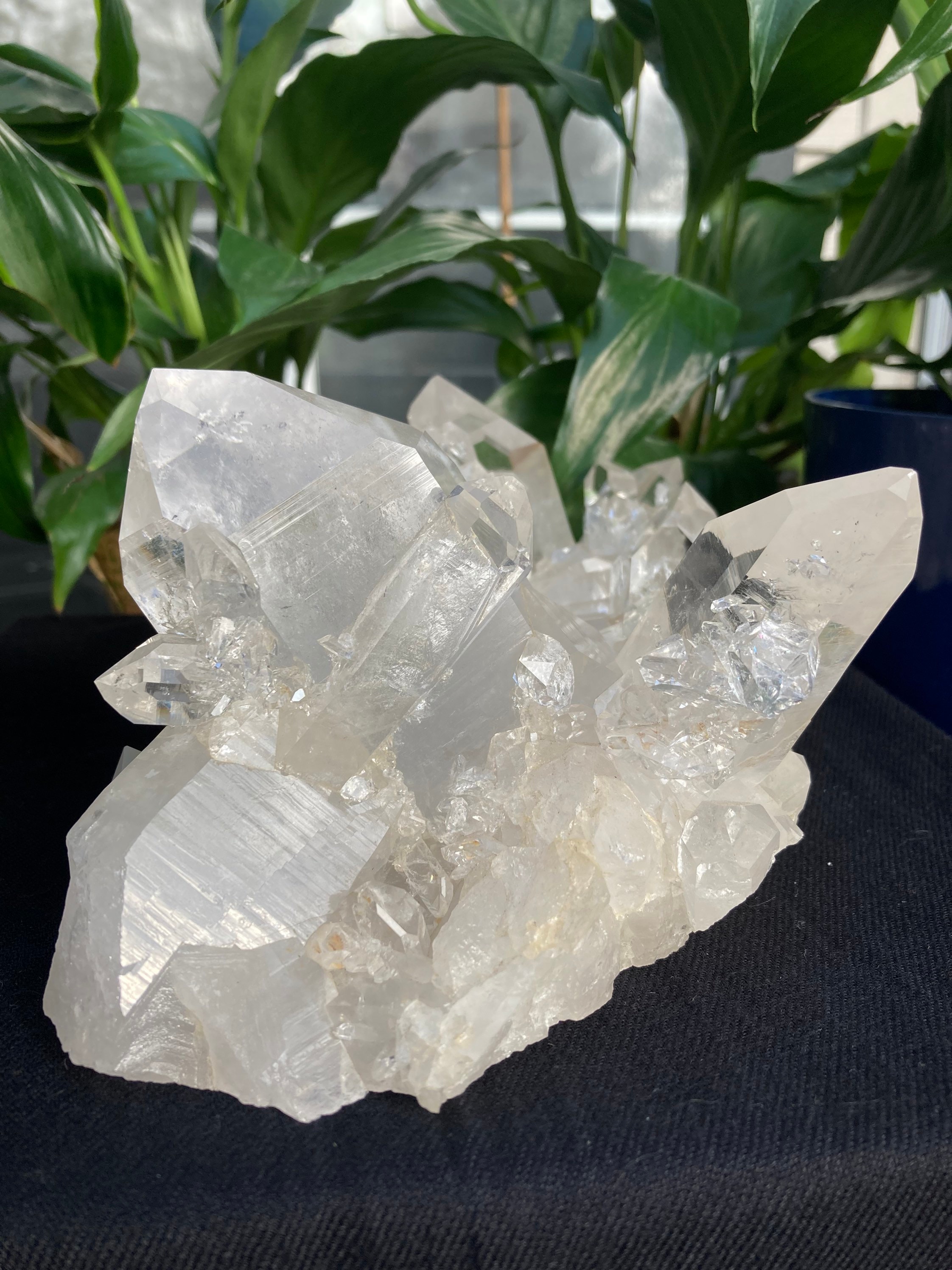 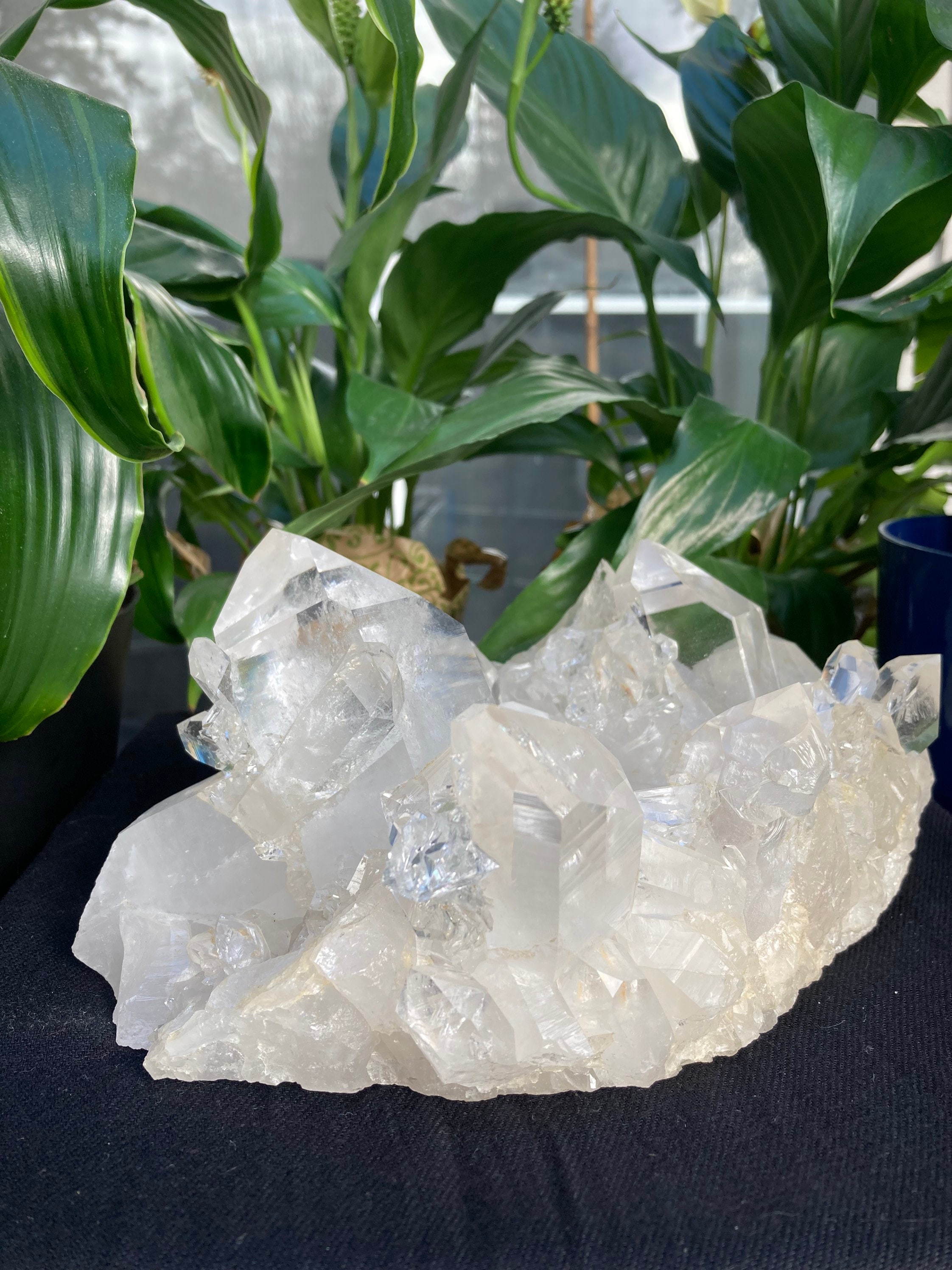 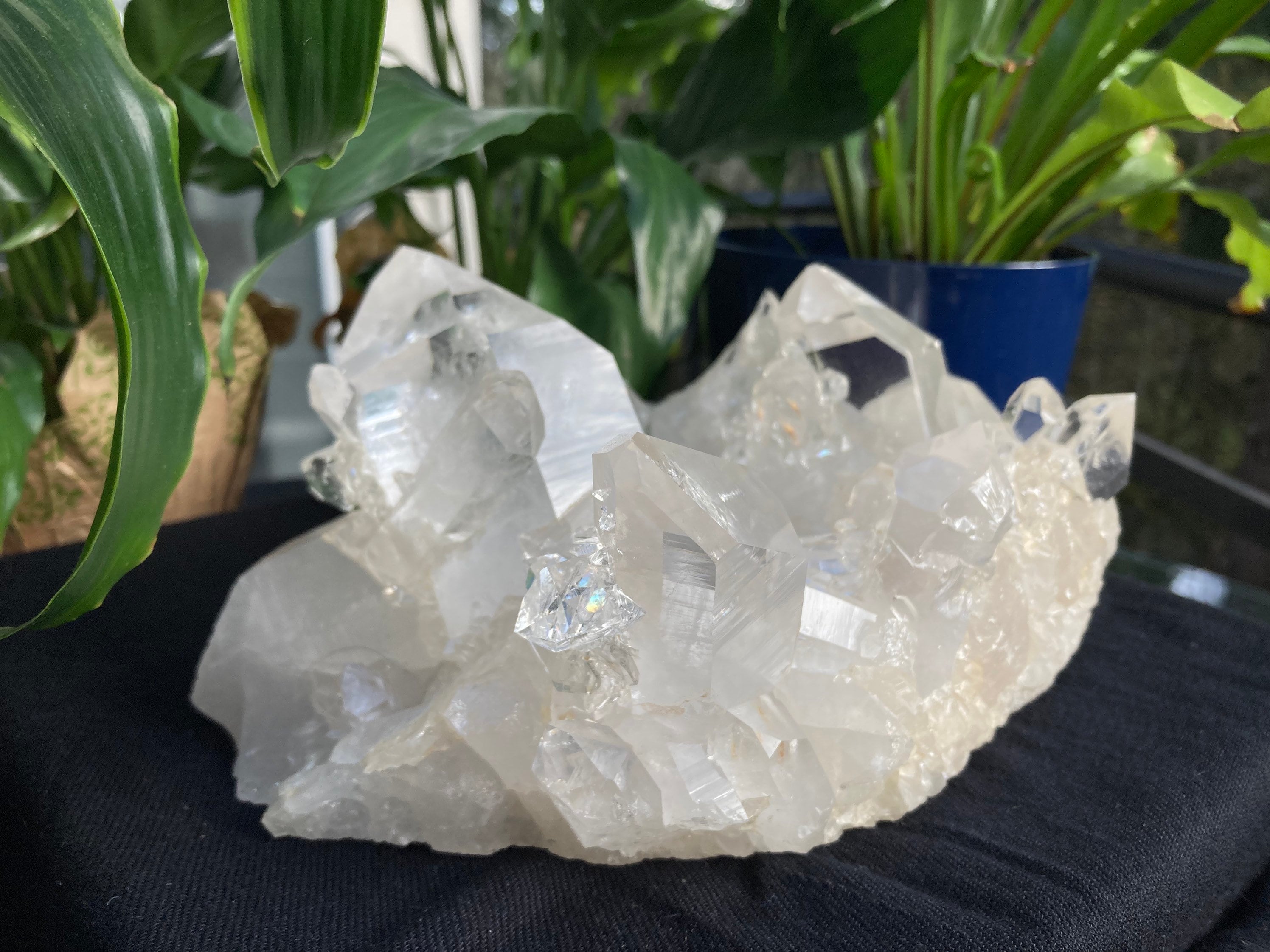 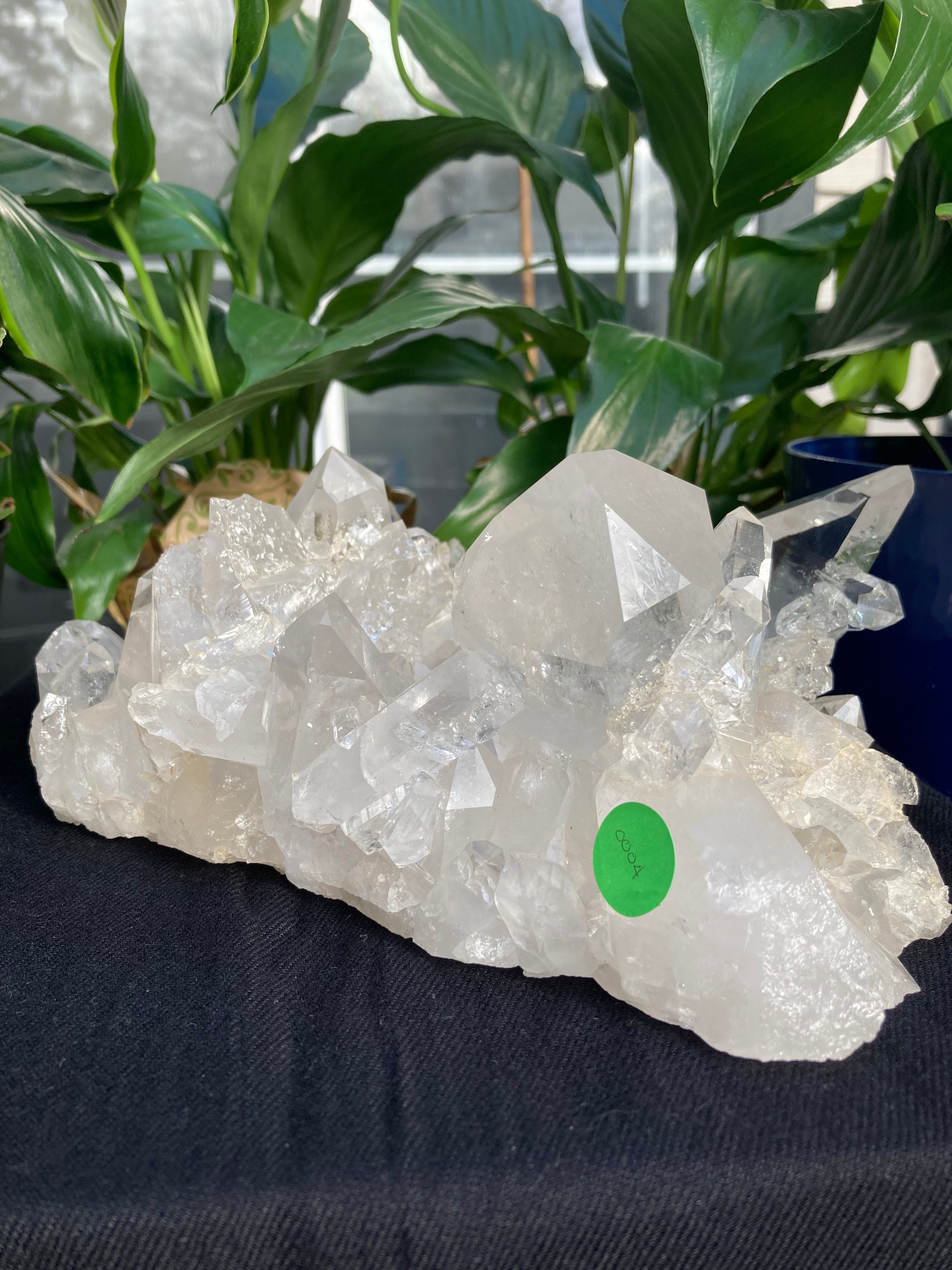 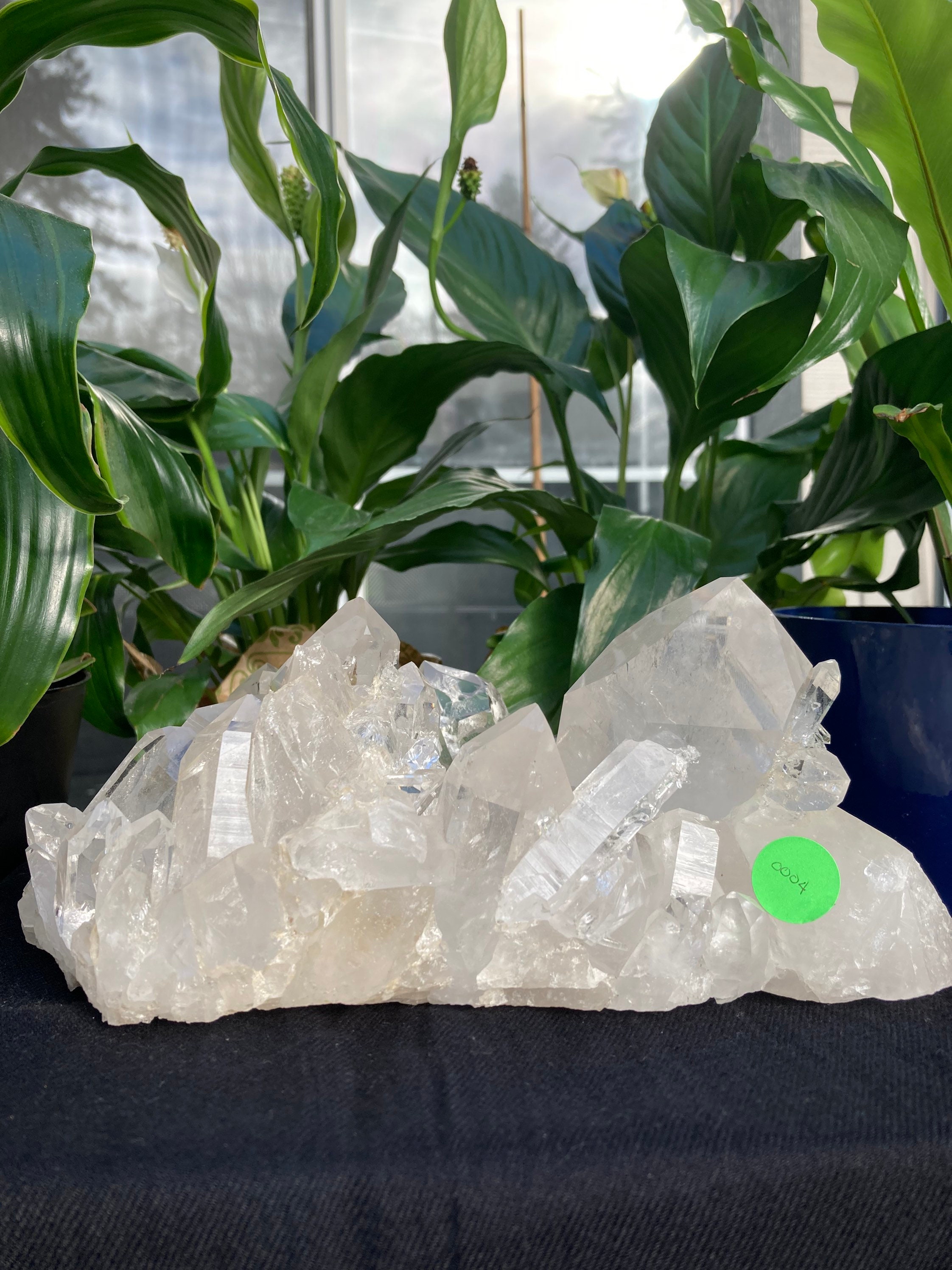 Weighing in at 6 pounds 14 ounces, this beautiful clear quartz specimen is a show stopper for any aesthetic.

The Ouachita Mountains (“wa-she-tah”) extend from Eastern Oklahoma to Central Arkansas. This mountain range has been one of the most important sources of high quality clear quartz crystals in the world for more than 150 years, only rivaled by Brazil and Madagascar.

Clear Quartz crystals found in the Ouachita Mountains grow in pockets and veins which run through various types of sedimentary rocks like sandstone.

Quartz crystal in Arkansas can be distinguished from its rival counterparts through the common presentation of unique attributes. These crystals are perfectly clear and colorless unless they carry inclusions of colored minerals such as limonite. The prism faces are shiny and most often present fine and even striations. It is unlikely to see growth pits or etch structures on rock crystal mined from this region.

The Ouachita Mountains have ridges running from East to West and the quartz veins had developed in fissures along the mountains’ crests in the same direction.

Mineral rich water had been heated through the arrangement of cracks in the rock layers which allowed for the circulation of water percolating through deep layers of rock. It is notable to add that their heat source is not linked to a shallow magma chamber which makes their development unique to their counterparts.

The most remarkable properties of clear quartz crystal is the ability of the crystal to vibrate at very precise and stable frequencies. These frequencies are so exact that quartz crystal is used to make extremely accurate time-keeping instruments and equipment used to transmit radio and television signals. It is additionally used to make specialized lenses and filters used in lasers, microscopes, telescopes, and other high-demand scientific instruments. Quartz crystal is the material of the world’s most advanced electronic devices.

It truly is a gift to share space with a specimen as remarkable as this one while we discover its ancient history and continue to learn its role in the powerful advancement into the future.