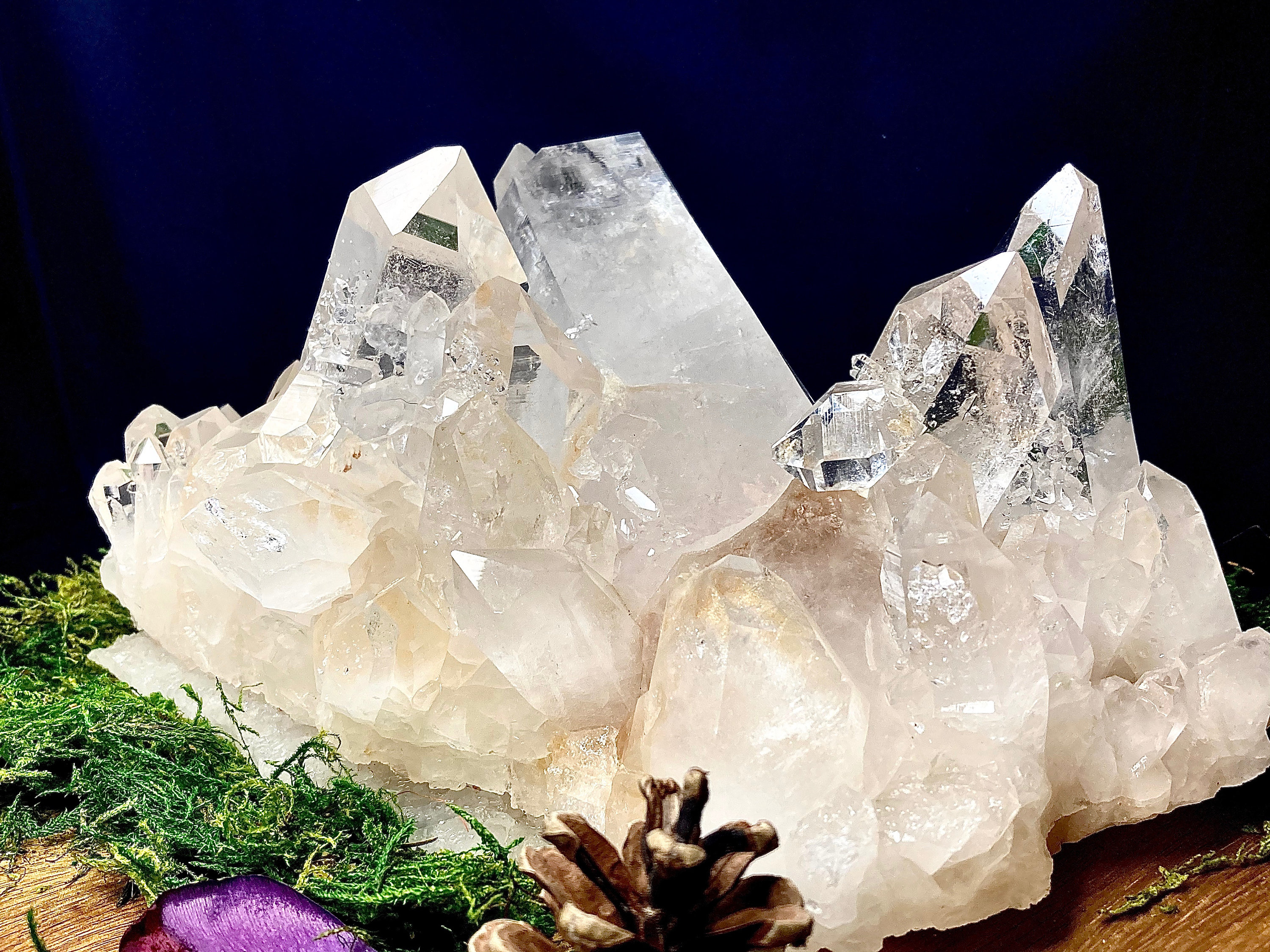 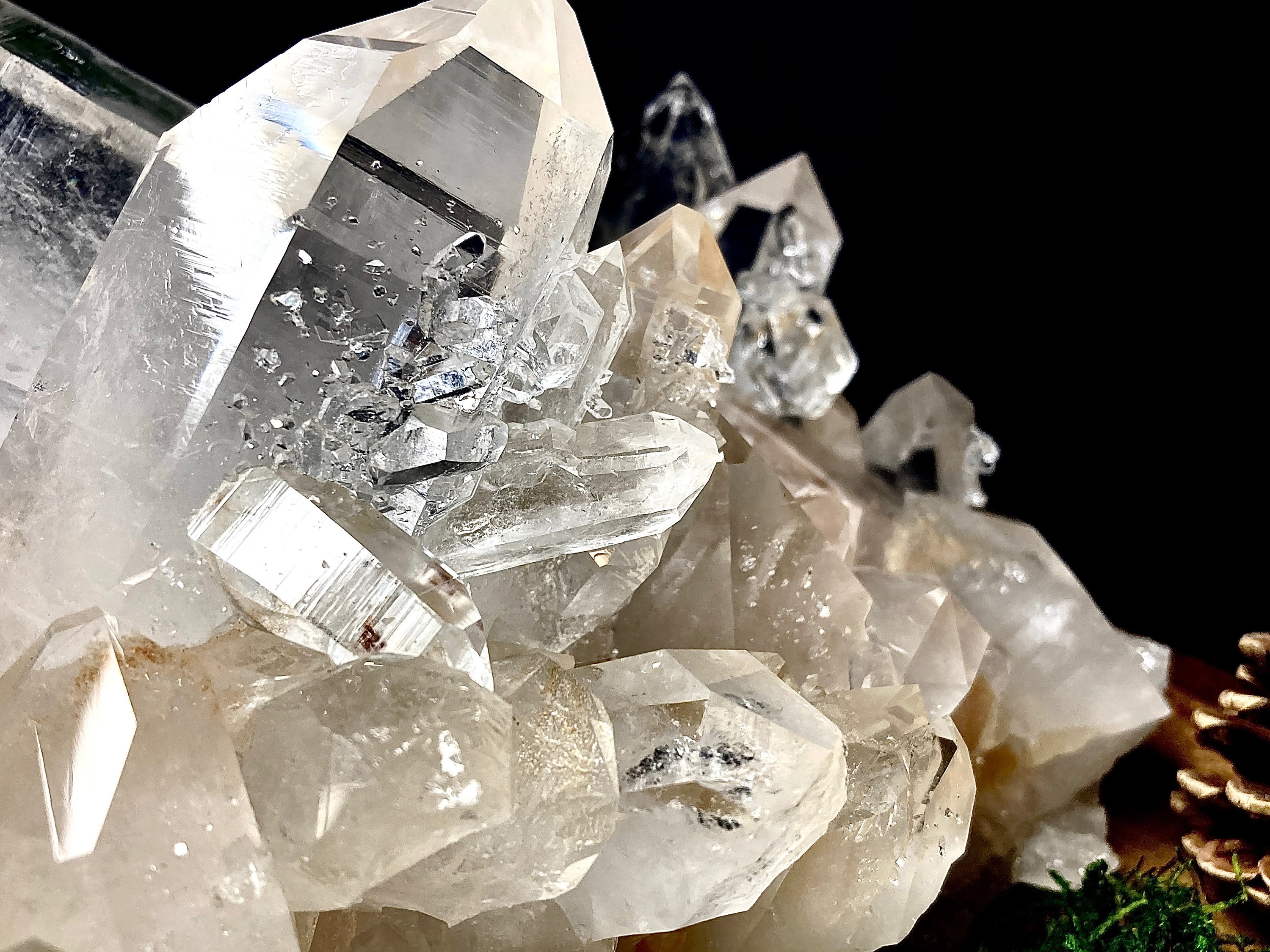 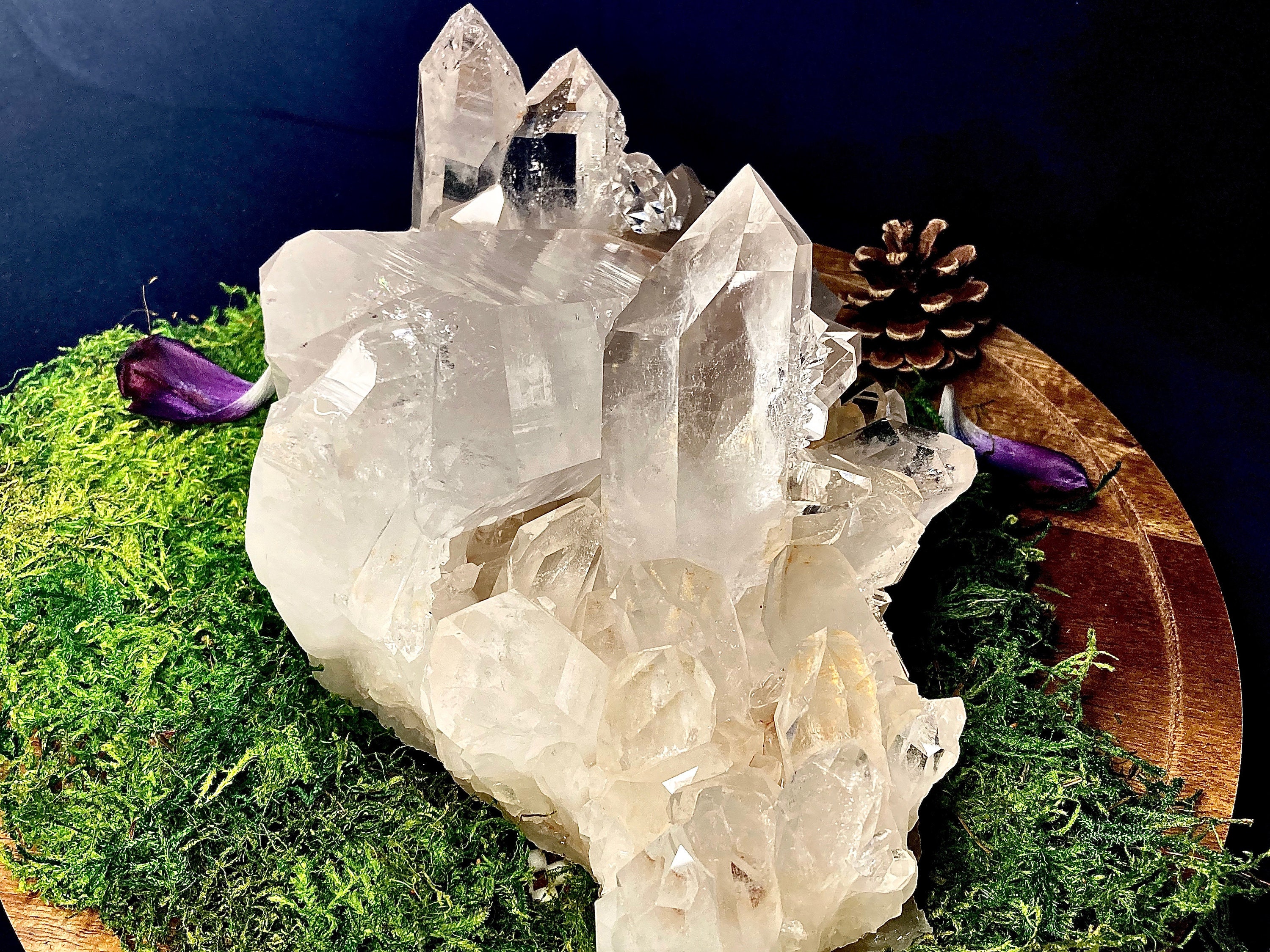 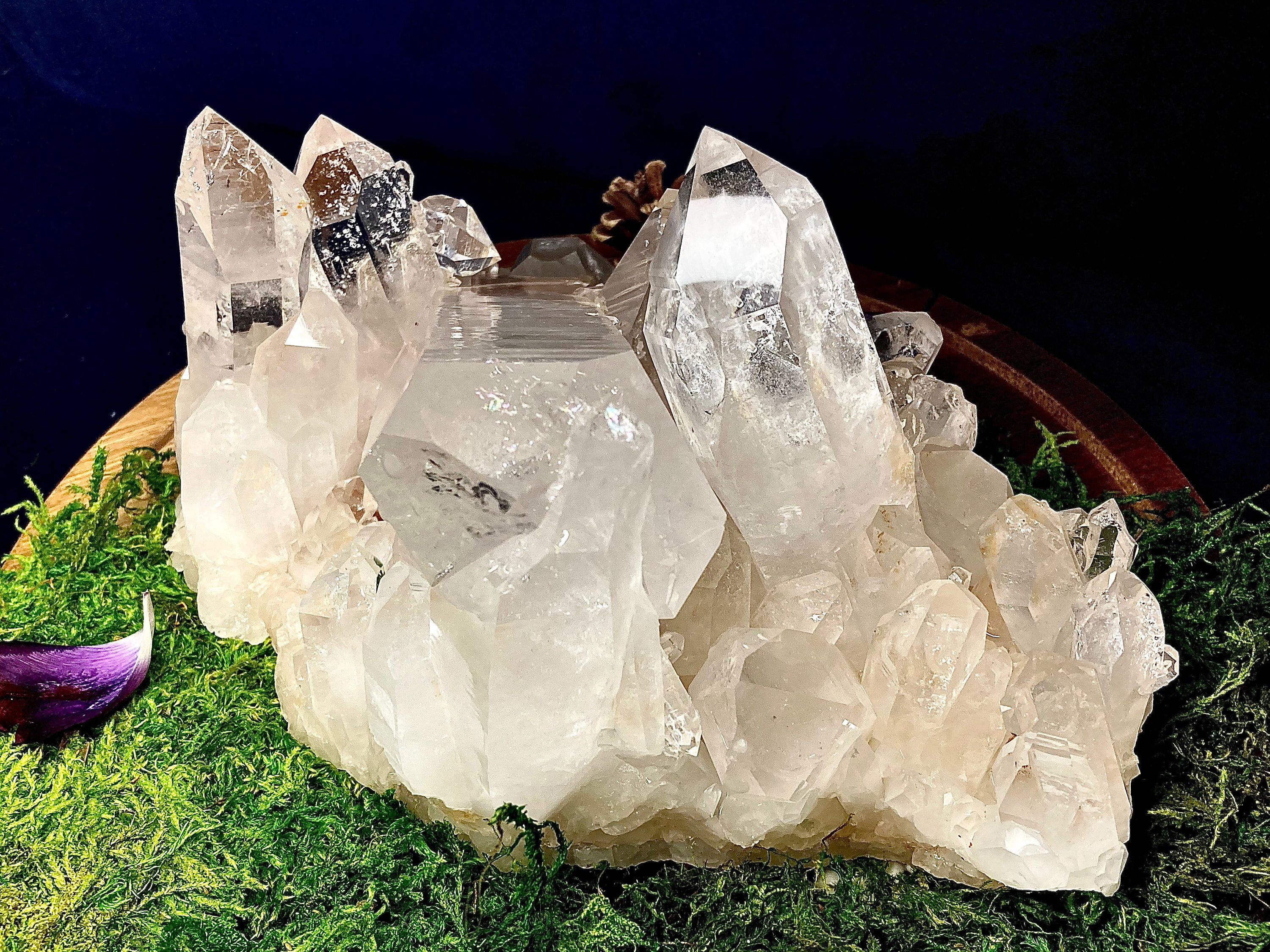 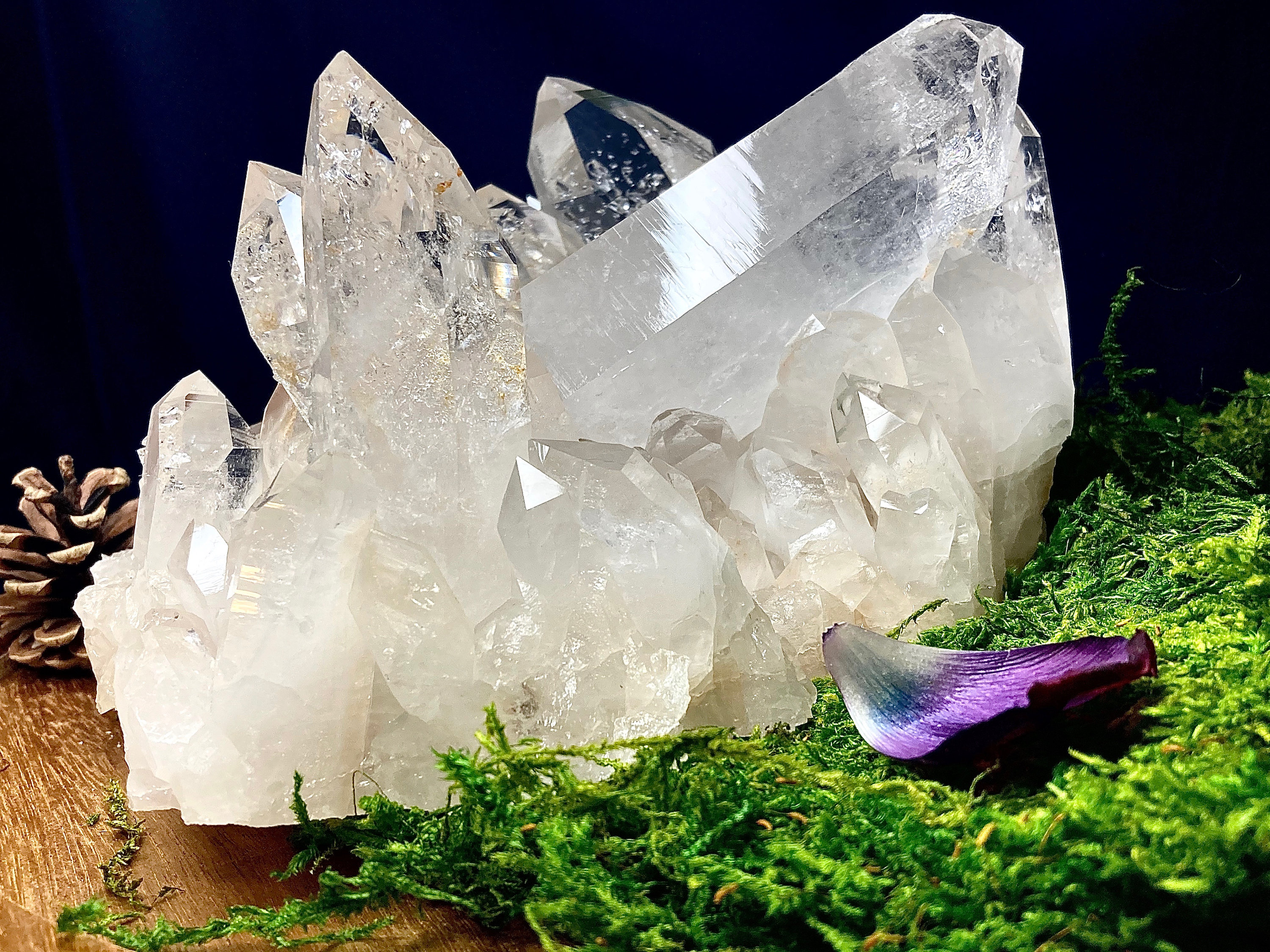 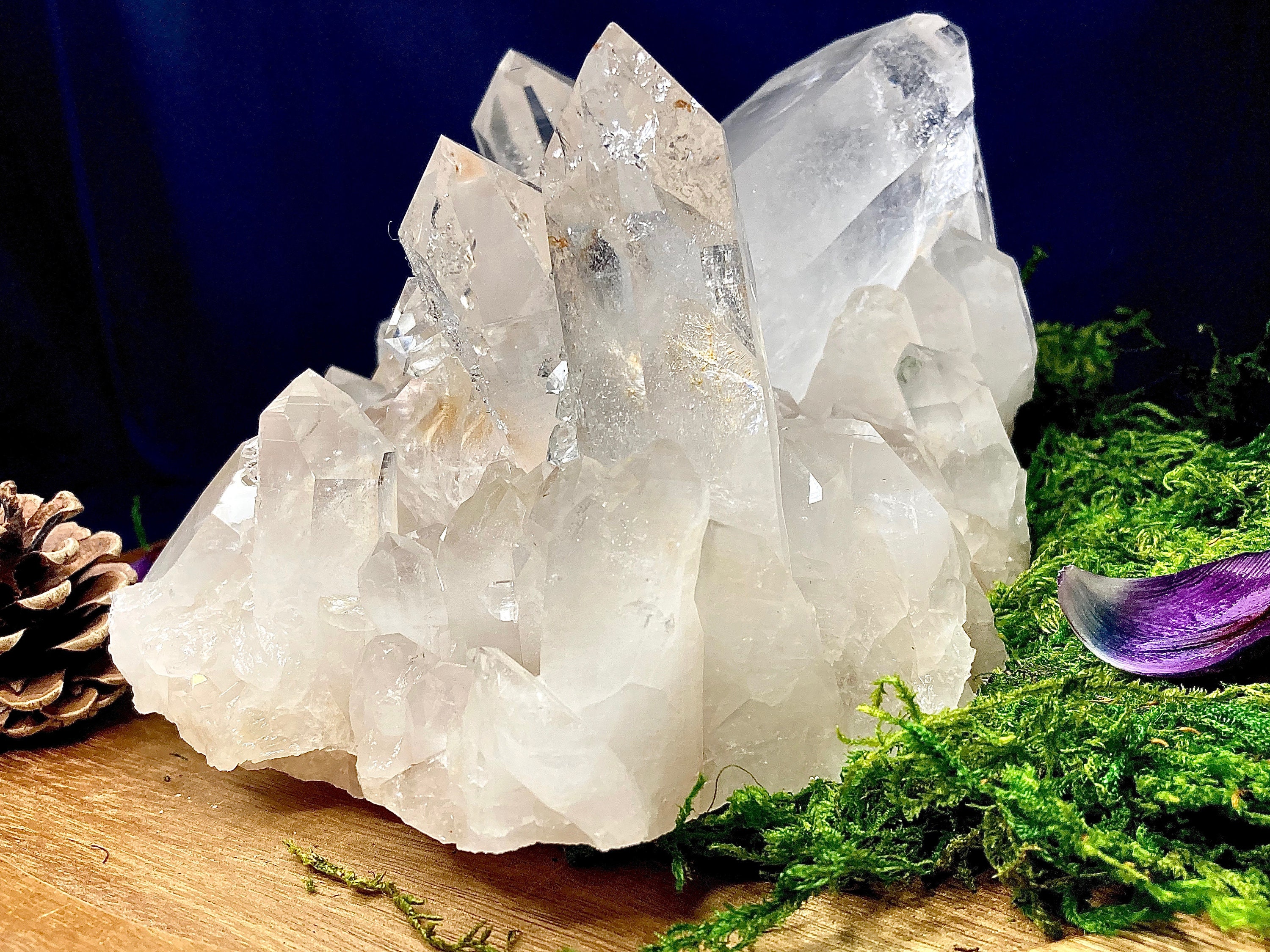 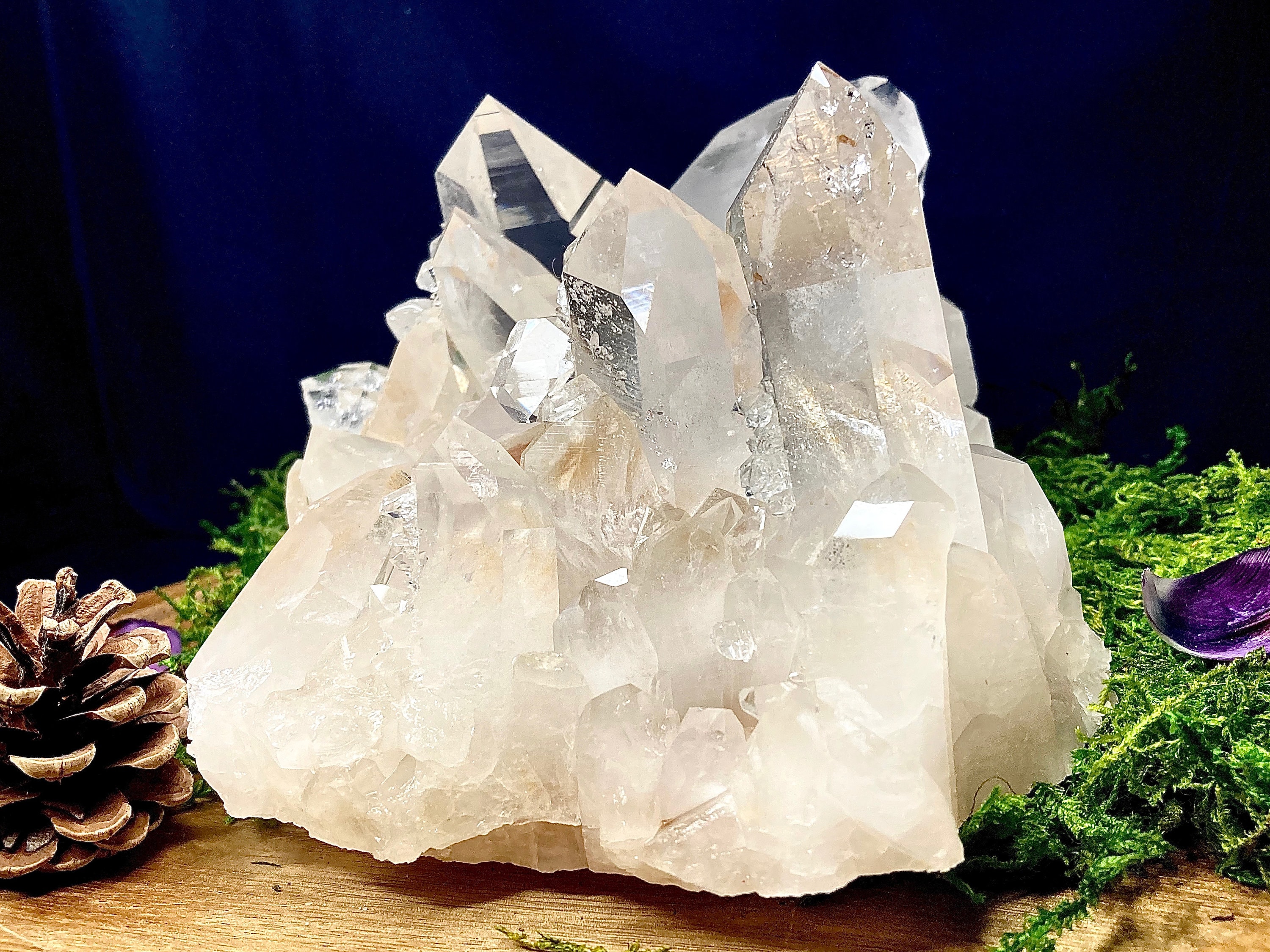 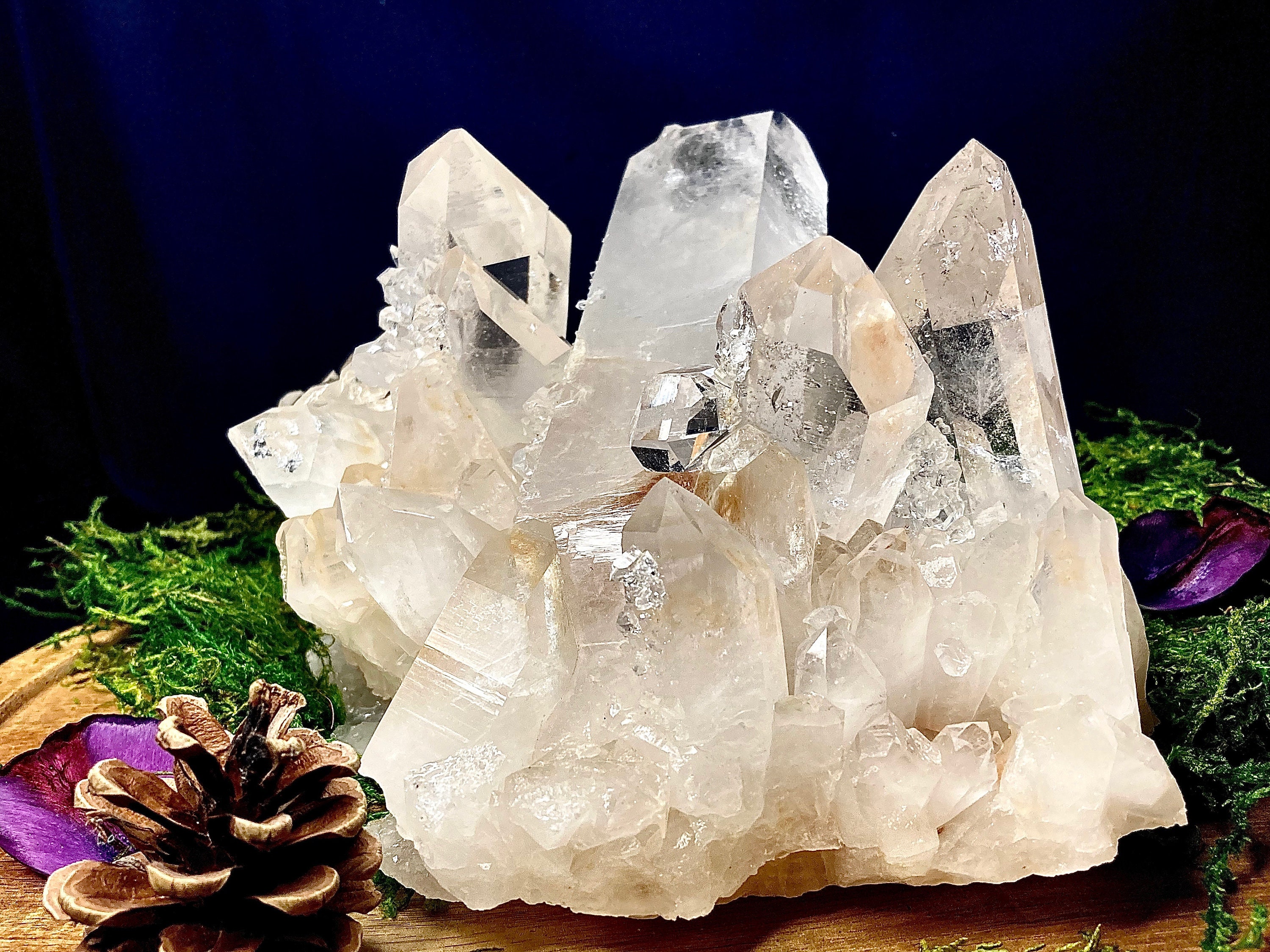 The Ouachita Mountains (“wa-she-tah”) span across from Eastern Oklahoma to Central Arkansas. This mountain range has been one of the most important sources of high-quality clear quartz crystals in the world for more than 150 years. Brazil and Madagascar are the only other countries with a more abundant source of quartz.

Clear Quartz crystals found in the Ouachita Mountains grow in pockets and veins which run through various types of sedimentary rocks like sandstone.

Quartz crystal in Arkansas can be identified apart from its rival counterparts through the common presentation of special features. These crystals are perfectly clear and colorless unless they carry inclusions of colored minerals such as limonite. The prism faces are shiny and most often present fine and even striations. It is unlikely to see growth pits or etch structures on rock crystals mined from this region.

The Ouachita Mountains have ridges running from East to West and the quartz veins had developed in fissures along the mountains’ crests in the same direction.

Mineral-rich water had been heated through the arrangement of cracks in the rock layers which allowed for the circulation of water percolating through deep layers of rock. It is notable to add that their heat source is not linked to a shallow magma chamber which makes their development unique to their counterparts.

It truly is a gift to share space with a specimen as remarkable as this beautiful large quartz cluster while we discover its ancient history and continue to learn about the part it plays in the powerful advancements into our future.

We welcome you to visit our shop to see our selection of beautiful gifting options and collectibles.

Please let us know if you have any questions about this beautiful piece.